On April 7, PBS broadcast a two-hour documentary “Buddha” a journey through the life and times of the historical Buddha who lived in north eastern Indian two thousand five hundred years ago. The documentary is also an introduction to his teachings. One of the commentators extols the four sites of great importance for Buddhists and anyone interested in his teachings. The Buddha was born in Lumbini on the Nepal-India border, he found enlightenment at Bodh Gaya, gave his first teaching at Sarnath (near Varanasi) and died at Kushinigar. 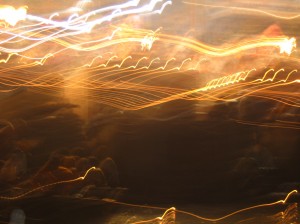 On a month-long journey to India and Nepal in 2007, I visited all four places and many others and can attest to the power of the Buddha’s presence, nowhere more powerfully (for me) than in Bodh Gaya in remote, desolate Bihar province.

At the same time as this PBS airing was receiving notice, I was teaching the timeless novel by Hermann Hesse “Siddartha” to two sections of high school juniors. In his novel Hesse follows the journey of a fictional Indian prince, Siddartha, and cleverly illumines for western readers some of Buddhism’s key teachings. I teach this book following on a unit on “Hamlet”, a precocious Western prince struggling with all the depression, anxiety and angst that causes so much suffering in the mind structures of the human condition as we understand it in the west. This Eastern prince searches for happiness, inner peace and enlightenment. He learns to trust his own inner teacher, the same voice inside himself that is heard throughout nature and governs the universal laws that keeps the earth on its axis and the great spiral of our cosmos swirling in limitless space. He teaches the “middle way” neither too tight nor too loose. These are eastern mind structures.

Throughout the “Siddartha” reading students kept an “ideas” journal;  informal, personal responses to some of the ideas they are encountering for the first time. Reading these journals is rewarding. None more so than the student who wrote of understanding one’s destiny as being a path to greatness, of being arrogant enough to unleash that greatness into the world, of knowing that every human being is capable of finding that greatness inside oneself. Buddhism teaches that this greatness is called achieving buddhahood, reflecting into the world the radiant enlightenment the Buddha achieved under the bodhi tree at Bodh Gaya. Nelson Mandela famously quoted Marilyn Williamson

“Our deepest fear is not that we are inadequate. Our deepest fear is that we are powerful beyond measure. It is our light, not our darkness that most frightens us. We ask ourselves, Who am I to be brilliant, gorgeous, talented, fabulous? Actually, who are you not to be? You are a child of God. Your playing small does not serve the world. There is nothing enlightened about shrinking so that other people won’t feel insecure around you. We are all meant to shine, as children do. We were born to make manifest the glory of God that is within us. It’s not just in some of us; it’s in everyone. And as we let our own light shine, we unconsciously give other people permission to do the same. As we are liberated from our own fear, our presence automatically liberates others.”