“Time past and time future…”

The title words of today’s post are by Anglo-American poet T.S. Eliot in his famous Four Quartets. Last weekend on a glorious fall day I was in our nation’s capital. The area around the mall is indeed living proof of Eliot’s idea that “Time past and time future are contained in time present” — this is expressed in modern coinage as “being in the moment” and in other literary references as “the eternal moment.” Yes, indeed, the past lives on and the dream will never die… 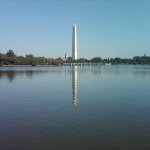 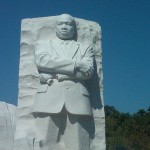