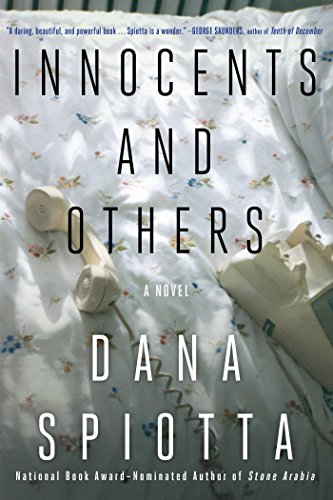 “In the novel the protagonists are filmmakers, women who know how to create illusions through a camera lens and peddle them as reality. Spiotti, perhaps, questions if fiction works the same way.”

The author of Innocents and Others, Dana Spiotta is acclaimed as one of the best of our new generation of American fiction writers. Her previous works, including her debut novel Lightning Field (2001), as well as several other works, have cemented her reputation, and she has garnered ballooning critical attention.

In Innocence and Others, while displaying her formidable literary talent, Spiotta launches readers into a brave new world that pushes postmodern fiction into (possibly) a post postmodern cul-de-sac. Ambition is to be praised, but unfortunately in this novel Spiotta overreaches. Readers are left bewildered by and often frustrated with this challenging read.

The novel’s structure is disjointed. Spiotta experiments with structure (a legitimate exercise for contemporary writers) and timelines that leave us with a mishmash of images, ideas, events, and voices. The writing is often brilliant and gripping (but not consistently so), and the film research impeccable. What we have then is a montage and not a well-wrought novel. If you are interested in arcane information of non-mainstream movie making and movies in general, this book is for you.

Innocents and Others centers on two best friends growing up in L.A. in the 80s who become filmmakers. Meadow makes art films and Carrie commercially successful movies. In sporadic leaps, the novel follows their lives as each struggles for identity and a meaningful sense of self. Carrie and Meadow tussle with the meaning and morality of love, friendship, and what is truth.

Ultimately this is a novel about facets of truth.

Through the ubiquitous technology that renders contemporary reality—cell phones, computers, DVD players, so on, and the social media claptrap they enable that abets the frittering of our lives—Spiotta explores “truth” surrounding privacy issues, the scruples of using these devices to expose others’ lives, and the effect on many users of isolation and loneliness.

Other women appear in the novel like Jelly, a loner whose most intimate experience is on the phone. She cold calls men and seduces them not through sex but through listening. Or Sarah, an imprisoned drug addict convicted of causing the arson-related death of her daughter. Meadow wants to film her because she believes Sarah was wrongly convicted. But the initial recording session ends abruptly when Meadow realizes that her subject has no grip on reality, and is actually using her.

Questioning reality is one key to unlock the novel. As Carrie writes in an essay on Meadow, “Meadow was creating what she called a fabule, a wish-story about herself, half dream and half fact. . . . Meadow is playful and she tells her own truth in her own way, you just have to yield to her version of the world to see how it all fits together, surrender to her possibilities.”

The same can be said of Spiotta and this novel. Here Spiotti is a fabulist, she tells her truth in her own way, the novel itself is a “fabule.” Throughout the novel, in many scenes we believe that the narrator is speaking the truth, examining her reality, only to learn that it is all fabrication. (An example is Meadow’s love affair with Orson Welles.)

Meadow once said about being an artist “It is partly a confidence game. And partly magic. But to make something you also need a gleaner. What is a gleaner? Well, it is a nice word for a thief, except you take what no one wants. Not just unusual ideas or things. You look closely at the familiar to discover what everyone else overlooks or ignores or discards.”

A central motif in the novel explores the concept of how art imitates life in our noisy, jarring, technologically overloaded “reality.” We live amid sound bites and instant replays and Photoshopping. With a smart phone everyone is a filmmaker creating a variety of virulent realities.

In the novel the protagonists are professional filmmakers, women who know how to create illusions through a camera lens and peddle them as reality. Spiotti, perhaps, questions if fiction works the same way. Black marks on a white page or handheld reading device become an escapist reality as the neurons fire in our brains to link those black marks into an associative mélange of language, memory, and imagination. Something to ponder.