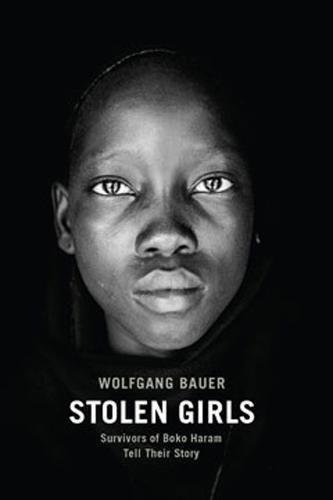 “As Bauer writes the fight against Boko Haram is far from over. His final sentence encapsulates Nigeria’s nightmare: ‘We have fear. We have hope.’”

Stolen Girls by Wolfgang Bauer is not an easy read—gruesome and laden with horrifying details—but it is an important one.

The abduction of 267 girls from their boarding school in a rural Nigerian town called Chibok by the radical Islamist group Boko Haram on the night of April 14, 2014, drew worldwide attention.

For days and weeks international TV crews followed the mothers and other family members of the girls as they cried, rent their clothes, and organized protest marches that eventually flared globally centered on the missing girls. “Bring Back Our Girls” became a movement. Boko Haram terror haunted western Nigeria for a decade before, but the girls gave that horror an international face.

Over that decade, thousands of other women, men, and boys have been abducted by Boko Haram and taken to hideouts in swampy rain forests in western Nigeria called Sambisa. Inevitably the world’s attention left Nigeria and the abducted girls. However, German journalist Wolfgang Bauer and his brilliant photographer, Andy Spira, with this book fill the gap.

The book opens with a series of striking photographic portraits of seven of the Chibok girls and older women who were abducted and managed to escape by January 2016. The book is a transcription of the interviews Bauer conducted with a sampling of these 60 women. Bauer provides no commentary on what they say, their words speak for themselves. He asks us to listen. Below are short excerpts from several of the women.

Agnes: I fled from the camp with fifty other women, but made it only to a village on the savannah because I went into labor. They helped me with the baby. It was very painful, giving birth to the baby that the man made inside me. . . . I had no choice but to marry him in the forest. They killed the women who refused. I saw it happen. . . . The child the Boko Haram fighter forced me to bear in the forest is three months old. A man who helped deliver the baby was called Moussa, so he told me to name the baby Moussa. So I did. I don’t care. It’s a name like any other. Let him be Moussa. . . . I don’t love this child. . . . This baby cries much more than my other children did when they were young. I look at it a lot and think I have to feel something for it. But I feel nothing. I should have killed it.

Rabi: A fighter stopped me. “Where are you going?” he wanted to know. “I am going home to my mother,” I said. . . . He took me to a house with many women inside. I do not know how many there were anymore. They were being taught lessons from the Koran in order to be married later. They kept me for a week there. Then a man came for me. I was terrified; I thought he would kill me. But he did not hit me. He led me away from the building with the girls and then beat me at his home. He beat me cruelly. With a stick. My back bled. My skin split open. He threatened to kill my mother if I ran away again.

He is an evil man. He should be beheaded. His head should be sliced off.”

Bauer intersperses the transcriptions of the victims with a history of Boko Haram and an interpretation of their dystopian beliefs. These notes are helpful and round out the almost too painful to read testimony of the women. He ends his book with a warning “if the political structures finally collapse in Nigeria, and if no viable alternative to them is found, chaos will ensue, and various radicalized factions will clash in an attempt to create a new order and balance. The shock waves will quickly reach Europe and the Western world.”

This prediction we already know to be true about places like Libya and Syria and the mammoth refugee crisis. And as Bauer writes the fight against Boko Haram is far from over. His final sentence encapsulates Nigeria’s nightmare: “We have fear. We have hope.”

Janet Levine is a decades’ long freelance journalist, author, and lifelong human rights activist. Born in South Africa, her book Inside Apartheid: One Woman’s Struggle in South Africa represents but one element of her involvement in the anti-apartheid movement.