Liv’s Secrets is a historical saga of one fictional South African Jewish family, the Weiszs, immigrants from Eastern Europe. One among a great wave of Jewish immigrants in the latter part of the 19th century, washing up mainly in America, but a wavelet of Lithuanian Jews on South Africa’s shores.

Alongside the Weisz family, other characters inhabit the novel where historical figures interact with the fictional cast amid the background of South Africa’s racial turmoil and apartheid’s authoritarian iron fist. Not least of the characters is South Africa itself. Landscape of astonishing beauty and Nature’s abundant flora and fauna.

Decades pass, generations of Weisz family members play out the fully fledged saga—romance, first loves, lust, betrayal, true love, despair and elation, cruelty and evil, hope and fulfilment. In the background the chilling reality of World Wars and escalating racial tensions within South Africa that culminate in the bloody Sharpeville Massacre, March 1960, and its aftermath.

In 1960, the saga pivots on the third generation, embodied by Liv Weisz. Five years earlier, a recent divorcee, passionate and headstrong, she heeds the call to become part of the resistance to the authoritarian White apartheid government. And pays an unimaginable price with resounding consequences for many characters, as the country itself undergoes seismic, racially evoked challenges. 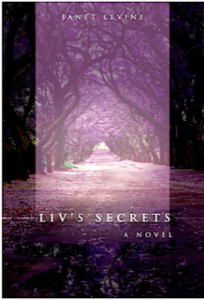